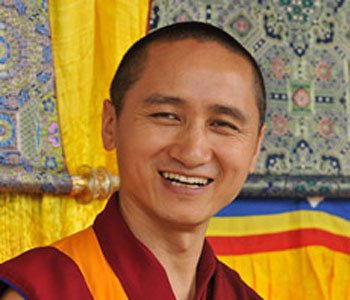 Geshe Zopa is featured in the 2008 documentary film Unmistaken Child, which follows his search for the reincarnation of his beloved master, Geshe Lama Konchog. He was born in Nepal, and become a monk at age nine. As a child he studied Tibetan language, English, Nepali, art, lama dance, ritual, puja, and Buddhist philosophy. He also did a 6-month retreat with Geshe Lama Konchog back in the cave in Tsum.

He was the top student in debate, writing, and memorization at Sera Je, and he always ranked among the top five students out of more than 5000 monks. In 2007 he completed his studies and graduated as one of the youngest Geshes (equivalent to a PhD or Doctor of Divinity) in Tibetan Buddhism. In his youth he skipped four grades, and the Dalai Lama let him take his final Buddhist exams four years ahead of schedule.

He speaks fluent English, Tibetan, Nepali, and Hindi, and a little Mandarin.

Book for Prayers for Geshe Sherab and the Kopan Sangha 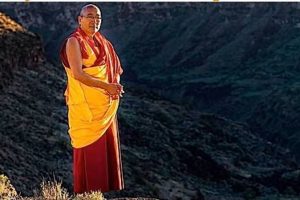 Prayers for Geshe Sherab and the Kopan Sangha

Join Geshe Tenzin Zopa and students from around the world in collective prayers for our precious teachers, especially Geshe Sherab. (YOUTUBE LIVE or view IN-PERSON in the gompa) 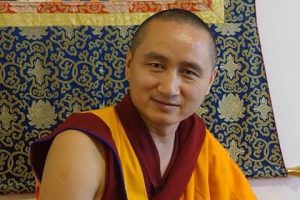 Direct and in-depth teachings on Lojong (thought transformation) to help deal with uncertain times and the COVID-19 crisis. (YOUTUBE LIVE)