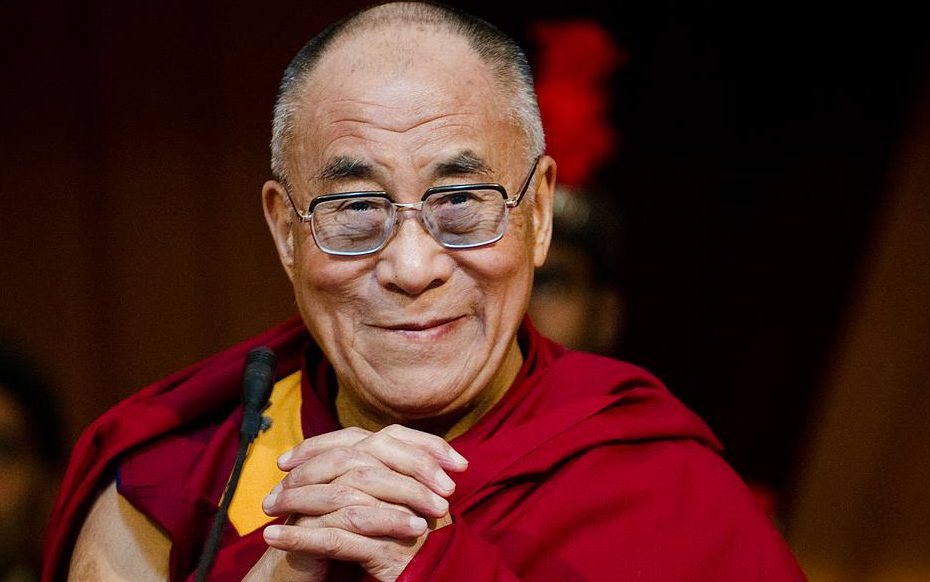 His Holiness the 14th the Dalai Lama Tenzin Gyatso is the head of state and spiritual leader of the Tibetan people. He was born Lhamo Dhondrub on 6 July 1935, in a small village called Taktser in north-eastern Tibet. Born to a peasant family, His Holiness was recognized at the age of two, in accordance with Tibetan tradition, as the reincarnation of his predecessor the 13th Dalai Lama, and thus an incarnation Avalokiteshvara, the Buddha of Compassion.

Forced into exile in 1959 by the illegal Chinese communist colonization of Tibet, which continues to this day, he has continued to inspire the Tibetan people and also inspires millions of others the world over. Unlike His predecessors who never came to the West, continues His world-wide travels, eloquently speaking in favour of ecumenical understanding, kindness and compassion, respect for the environment and, above all, world peace.

In 1989 he received the Nobel Peace Prize for his unwavering advocacy of a non-violent solution to China’s brutal occupation of his country. 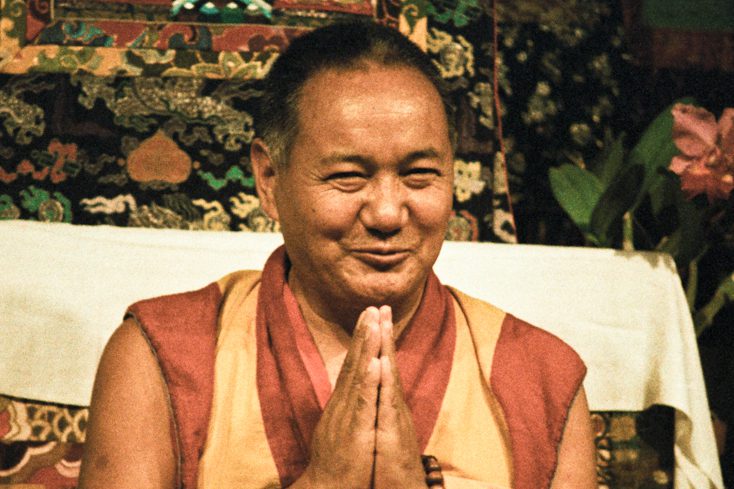 Lama Thubten Yeshe was born in Tibet in 1935. At the age of six, he entered the great Sera Monastic University, Lhasa, where he studied until 1959, when the Chinese invasion of Tibet forced him into exile in India. Lama Yeshe continued to study and meditate in India until 1967, when, with his chief disciple, Lama Thubten Zopa Rinpoche, he went to Nepal. Two years later he established Kopan Monastery, near Kathmandu, in order to teach Buddhism to Westerners.

In 1974, the Lamas began making annual teaching tours to the West, and as a result of these travels a worldwide network of Buddhist teaching and meditation centers—the Foundation for the Preservation of the Mahayana Tradition (FPMT)—began to develop.

In 1984, after an intense decade of imparting a wide variety of incredible teachings and establishing one FPMT activity after another, at the age of forty-nine, Lama Yeshe passed away. He was reborn as Ösel Hita Torres in Spain in 1985, recognized as the incarnation of Lama Yeshe by His Holiness the Dalai Lama in 1986, and, as the monk Lama Tenzin Osel Rinpoche, began studying for his geshe degree in 1992 at the reconstituted Sera Monastery in South India. Lama’s remarkable story is told in Vicki Mackenzie’s book, Reincarnation: The Boy Lama (Wisdom Publications, 1996). 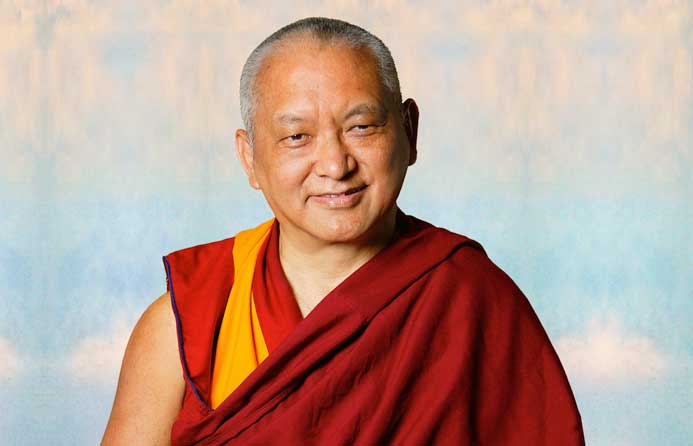 Lama Thubten Zopa Rinpoche was born in Thami, Nepal, in 1946. At the age of three he was recognized as the reincarnation of Sherpa Nyingma yogi, Kunsang Yeshe, the Lawudo Lama. Rinpoche’s Thami home was not far from the Lawudo cave, in the Mount Everest region of Nepal, where his predecessor meditated for the last twenty years of his life. Rinpoche’s own description of his early years may be found in his book, The Door to Satisfaction (Wisdom Publications).

At the age of ten, Rinpoche went to Tibet and studied and meditated at Domo Geshe Rinpoche’s monastery near Pagri, until the Chinese occupation of Tibet in 1959 forced him to forsake Tibet for the safety of Bhutan. Rinpoche then went to the Tibetan refugee camp at Buxa, West Bengal, India, where he met Lama Yeshe, who became his closest teacher.

The Lamas went to Nepal in 1967, and over the next few years built Kopan and Lawudo Monasteries. In 1971 Lama Zopa Rinpoche gave the first of his famous annual lam-rim retreat courses, which continue at Kopan to this day. In 1974, with Lama Yeshe, Rinpoche began traveling the world to teach and establish centres of Dharma.

When Lama Yeshe passed away in 1984, Rinpoche took over as spiritual director of the Foundation for the Preservation of the Mahayana Tradition (FPMT), which has continued to flourish under his peerless leadership.

The Foundation for the Preservation of the Mahayana Tradition (FPMT) is an organization devoted to preserving and spreading Mahayana Buddhism worldwide by creating opportunities to listen, reflect, meditate, practice, and actualize the unmistaken teachings of the Buddha and based on that experience spreading the Dharma to sentient beings.

We provide integrated education through which people’s minds and hearts can be transformed into their highest potential for the benefit of others, inspired by an attitude of universal responsibility and service. We are committed to creating harmonious environments and helping all beings develop their full potential of infinite wisdom and compassion.

Our organization is based on the Buddhist tradition of Lama Tsongkhapa of Tibet as taught to us by our founders Lama Thubten Yeshe and Lama Thubten Zopa Rinpoche.